Table of Contents Latest pricesMeme stock rotationBitcoin call buying Crypto fund outflows continue July crypto comebackEther developmentsRelevant news:Other markets Cryptocurrencies were mostly higher on Monday as bullish sentiment continues into August. Bitcoin underperformed other major cryptocurrencies and is down about 3% over the past 24 hours compared to a 2% […]

Cryptocurrencies were mostly higher on Monday as bullish sentiment continues into August. Bitcoin underperformed other major cryptocurrencies and is down about 3% over the past 24 hours compared to a 2% rise in ether over the same period.

Buyers remain active despite ongoing regulatory crackdowns in China. On Sunday, the People’s Bank of China (PBoC) said it will keep applying high regulatory pressure on crypto trading, mostly due to concerns about financial risk.

Traders are also digesting the 58-page “Digital Asset Market Structure and Investor Protection Act, proposed by Rep. Don Beyer’s (D-Va.), seeking to create an exhaustive regulatory regime for digital assets. The U.S. Senate is also advancing a $1 trillion infrastructure bill with a crypto tax provision, which could be a source of market anxiety.

For now, a breakdown on intraday charts “suggests that bitcoin may fall back to the mid-range at around $36,000, or lower, before the rally continues,” wrote Marcus Sotiriou, trader at the U.K.-based digital asset broker GlobalBlock, in an email to CoinDesk

Over the past month, popular “meme stocks” have sold off as bitcoin rallied. This inverse relationship was noted in The Daily Shot newsletter a few months ago, and indicates a pattern of buying and selling across high yielding traditional and crypto markets.

It is possible that traders will flock to meme stocks if bitcoin pulls back from overbought levels.

The bitcoin options market has been heavily skewed towards call buying over the past month, which could signal the return of bullish sentiment.

“Now that the large spot price sell-off already occurred in May, there aren’t as many gains to be protected via put buying,” wrote Gregoire Magadini, co-founder and CEO of Genesis Volatility, in a Telegram chat.

The chart below shows the bitcoin put/call ratio at the lowest level since January, which preceded a brief 25% pullback in the bitcoin spot price.

Digital-asset investment products had their fourth straight week of net outflows, even as cryptocurrency markets staged their biggest rally since early this year.

Net outflows across all digital-asset funds totaled $19.5 million, according to a report Monday by CoinShares.

Cryptocurrencies rebounded in July after a sluggish May and June. AAVE, an open-source and non-custodial protocol that runs on the Ethereum blockchain, outperformed major crypto currencies with a 33% gain in July. Bitcoin was not far behind with a 20% gain compared to a 12% gain in ether.

Ether looks to extend its record daily winning streak in the run-up to a planned upgrade on Ethereum’s blockchain that could significantly reduce the cryptocurrency’s supply growth.

Aside from bitcoin’s price recovery from $30,000, ether may have received a boost from Ethereum’s upcoming 11th backward-incompatible upgrade, or hard fork, slated to happen on Aug. 4, CoinDesk’s Omkar Godbole reports.

The so-called London hard fork contains four Ethereum Improvement Proposals (EIP), of which EIP-1559 will activate a mechanism that would burn a portion of fees paid to miners. Once it takes effect, increased network usage will result in a higher amount of ETH being burned, thereby curbing the cryptocurrency’s supply growth over time.

Meanwhile, 27 of 40, or 68%, of crypto experts surveyed by Finder believe that ether will one day overtake bitcoin as the largest cryptocurrency by market cap; 58% of the panelists believe that the “flippening” could happen within the next five years.

The price of ether is expected to reach $4,596 per ETH by the end of this year, according to the average forecast from 27 experts on Finder’s panel who gave their price predictions.

Most digital assets on CoinDesk 20 ended lower on Monday.

Tue Aug 3 , 2021
BRYAN, Texas (KBTX) -The Emergency Broadband Benefit is an FCC program passed by Congress in May. The program is designed to keep households connected during the pandemic. Eligible households may qualify for a discount of up to $50 on their cell phone or internet service. To qualify, households need to […] 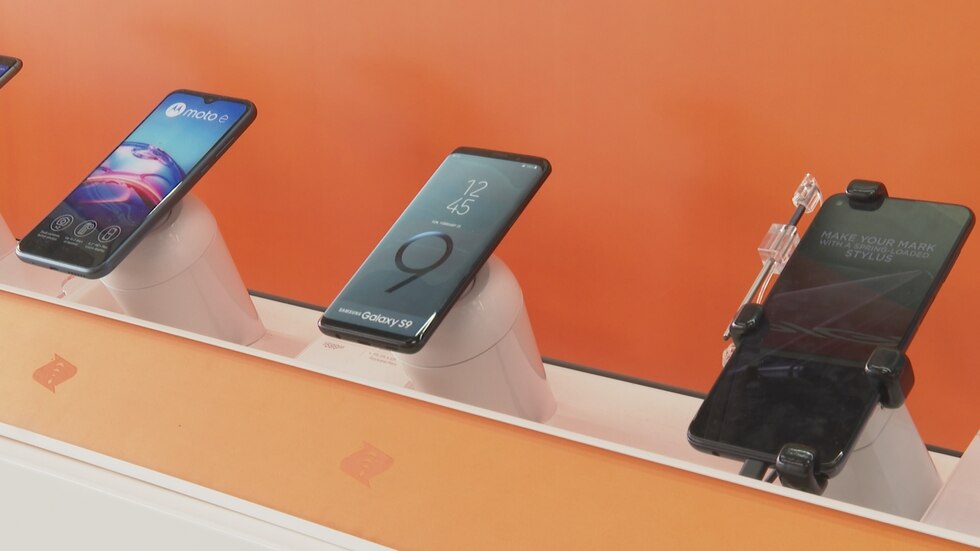