To better understand Americans’ smartphone and broadband adoption, Pew Research Center surveyed 1,502 U.S. adults from Jan. 25 to Feb. 8, 2021, by cellphone and landline phone. The survey was conducted by interviewers under the direction of Abt Associates and is weighted to be representative of the U.S. adult population by gender, race, ethnicity, education and other categories. Here are the questions used for this report, along with responses, and its methodology.

Smartphone ownership (85%) and home broadband subscriptions (77%) have increased among American adults since 2019 – from 81% and 73% respectively. Though modest, both increases are statistically significant and come at a time when a majority of Americans say the internet has been important to them personally. And 91% of adults report having at least one of these technologies.

A Pew Research Center survey of U.S. adults conducted from Jan. 25 to Feb. 8, 2021, also finds that some Americans have difficulties when trying to go online. Some 30% of adults say they often or sometimes experience problems connecting to the internet at home, including 9% who say such problems happen often. Still, a majority of Americans say these connection troubles occur rarely (41%) or never (21%).

While there has been slight growth in the share who say they subscribe to high-speed internet, about a quarter of the population still does not have a broadband internet connection at home. And broadband non-adopters continue to cite financial constraints as one of the most important reasons why they forgo these services. Among non-broadband users, 45% say a reason why they do not have broadband at home is that the monthly cost of a home broadband subscription is too expensive, while about four-in-ten (37%) say the same about the cost of a computer. Beyond cost barriers, a little fewer than half of non-users cite having other options for internet access or the fact that their smartphone does everything online they need as a reason why they do not have a high-speed internet connection at home.

Other major findings in this new survey:

These findings come from a nationally representative survey of 1,502 U.S. adults conducted via telephone Jan. 25-Feb. 8, 2021. The following sections elaborate on those findings.

Fully 85% of adults now say they own a smartphone, up from 81% in 2019, when Pew Research Center last measured smartphone ownership. Some long-running patterns in Center technology adoption studies are evident in the new survey. Smartphone ownership is relatively common across major demographic groups, but some substantial gaps in adoption remain, including by age. While the share of adults ages 65 and older who have a smartphone has increased from 53% to 61% in the past two years, this age cohort remains far less likely than younger groups to report having this type of mobile device.

As was the case in 2019, ownership rates also vary among the oldest adults: 71% of adults ages 65 to 74 say they are smartphone owners, but that share falls to 43% among those 75 and older.

Additionally, those living in households earning less than $30,000 and those with a high school diploma or less are less likely than those in higher-income households and those with higher levels of education to say they have this type of device.

The share of Americans with home broadband subscriptions has similarly grown since 2019 – from 73% of adults saying they have one in the previous survey to 77% today. There are more pronounced variations across some demographic groups, particularly in differences by annual household income and educational attainment. For example, 92% of adults in households earning $75,000 or more per year say they have broadband internet at home. But that share falls to 57% among those whose annual household income is below $30,000. The 35 percentage point gap between these two income groups is nearly twice as large as the comparable gap for smartphone ownership – there is a 20-point gap between those in households earning less than $30,000 per year and those in households earning $75,000 or more who say they own a smartphone. Educational differences follow a similar pattern.

While a majority of Americans say they rarely or never have issues getting online at home, 30% say they experience such problems at least sometimes, including 9% of adults who say this happens often.

Relatively few Americans across major demographic groups report they often have problems, but some groups are slightly more likely than others to have that level of trouble connecting to the internet.

For example, adults ages 18 to 49 are more likely than those 50 and older to say they often experience problems connecting to the internet at home (12% vs. 6%). And adults who have some college education or less formal education are slightly more likely than college graduates to say they often have these troubles (11% vs. 7%). There are no statistical differences among other major demographic groups.

About three-in-ten adults under 30 are smartphone dependent

Some 15% of Americans say they have a smartphone, but not a home broadband connection. Pew Research Center has been studying these “smartphone-only” internet users since 2013. Smartphone dependence is more common among younger rather than older adults: 28% of adults ages 18 to 29 are in this “smartphone-only” category, compared with 12% of those 30 and older.

Some 27% of adults who live in a household earning less than $30,000 annually are smartphone-only. By comparison, 13% of those with household incomes of $30,000 to $74,999 and 6% of those in households earning $75,000 or more fall into this category. A similar pattern is evident when it comes to education: Those with a high school diploma or less are much more likely to be smartphone dependent than those who have a bachelor’s or advanced degree.

Similar shares of non-broadband users cite their smartphones, cost and alternate internet access options as reasons for not having broadband

While a growing share of Americans say they have a high-speed internet subscription at home, 23% do not.

Financial barriers are among the more common reasons why Americans do not subscribe to high-speed internet at home: 45% of non-broadband users say a reason is that the monthly cost of a subscription is too expensive, while about four-in-ten cite the cost of a computer as too expensive.

Similar shares of non-broadband users say a reason is they have other options for internet access outside of home (46%) or their smartphone lets them do everything online that they need to do (45%). A smaller share of Americans (25%) say they do not have a home subscription because broadband service is not available where they live or not available at an acceptable speed.

Smaller shares (9% each) say their most important reason for not having high-speed internet at home is that they have other options for internet access outside of home or that broadband service is not available, or not available at an acceptable speed, where they live.

Some 22% of non-broadband users cite some other reason as most important for not having broadband at home, up from 13% in 2019.

In previous Center surveys, Americans have indicated they think that not having broadband could be tied to a number of disadvantages – including difficulties finding job opportunities or being disadvantaged in getting access to government services.

Mon Jun 21 , 2021
It is a very well-documented simple fact that web provider vendors (ISPs) are regularly greedy, and usually seedy. But apparently, we’re even now studying just how significantly that greed extends. A new report from Cease the Cap, an net provider evaluate web-site, reveals that Charter is charging new prospects way […] 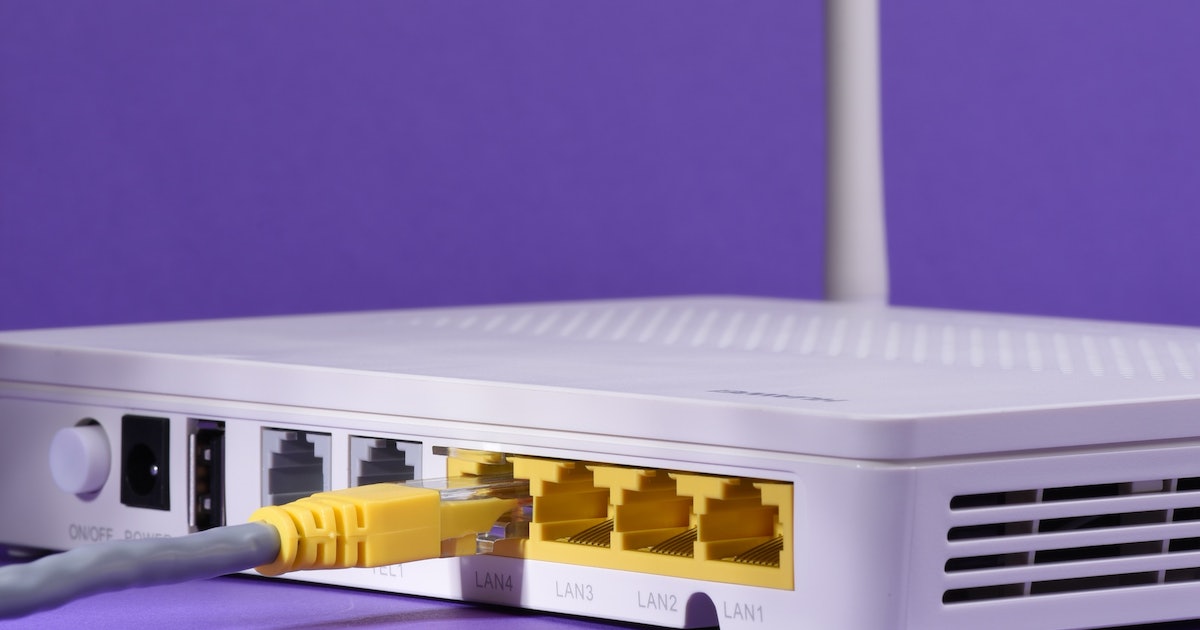